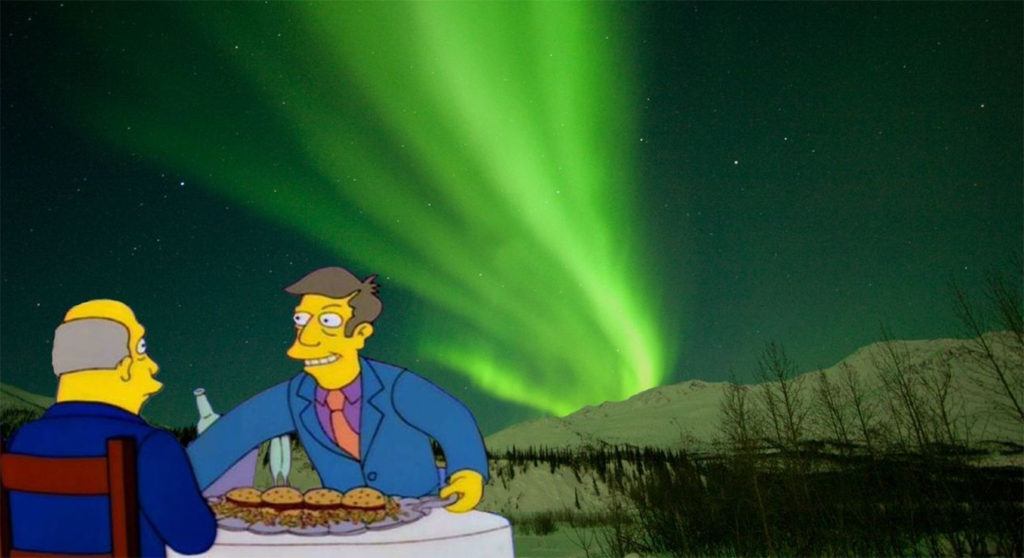 Cash Me Ousside. Harambe. Shooting Stars. Evil Kermit. Steamed Hams. Memes have taken over at an exponential rate; showing no signs of slowing down. But is there more to Memes than meets the eye? Could we be witnessing a new era of artistic movement after so many undefinable years? Or, is it just a cultural virus? If you’re scratching your head as to what a Meme is then you’ve quite frankly been hiding underneath a rock.

First coined by Richard Dawkins in his novel The Selfish Gene. Defined as a new replicator, a noun that conveys the idea of a unit of cultural transmission, or a unit of imitation. Pronounced like ‘cream’, not ‘me-me’, they are frequently used to measure dankness.

This definition still rings true, but now references more specifically the viral transmission and edit of cultural symbols. Mainly for entertainment purposes. Each image-object is adapted, mutated, formed and reformed to create pretty much anything you want. The beauty of Memes are that every time this happens, two more pop up in its place, each subconsciously connecting to the former. It has become such a widespread practice that it now stands as a defining signifier of our times. But the question remains: is it art?

The problem is no-one can really agree what art is – not unanimously anyway. Plato says ‘it is an imitation of life‘ whereas Anne-Marie from Accounts says it’s ‘whatever the snotty, self-important folk at the modern art gallery say is art.’ Anne-Marie is in essence correct, it comes down to intention, and through intention lies an innate desire to communicate. Whether or not the creator considers it their Mangum Opus, or just a bit of tasteless cultural subversion, doesn’t necessarily matter. What matters is eliciting a reaction. Therefore if art is a means of communication through self-expression, Memes are by definition, art.

This communicative aspect of art directly interlinks with the historical period in which a piece is created. Much like Graffiti was born out of a climate of  post-industrialism and degrowth, Memes have developed out of a time of anonymity and inordinate speed. Memes are a language, operating as symbolic, visual resonance through cultural intertextuality. Similar to the current influx of Hollywood film reboots and adaptations, it uses recognition as its defining characteristic.

It is much easier to argue that memes are, or better can be, a form of art, than it is to make the argument that it is a fully-fledged movement. Lev Manovich in The Language of New Media used the phrase Post-internet Art to best categorise Memes and their effect. An art form not of the internet, but beyond it, embracing the societal shift we unknowingly find ourselves within. Similar to this was Pop Art, which used the often considered lowbrow symbols of celebr
ity and mass media to shed light on the divide between high and low art. Memes now carry on from this legacy, by further bridging the gap. While high art bathes in ambiguity, Memes are succinct, and don’t require comprehensive study to understand. Memes are for the people, by the people.

This idea of collective artistic collaboration is far from new, but the internet facilitates this existence like never before. It brings hundreds of thousands of people across the world together, to engage, decipher and ultimately express their personal interpretation. A much needed cathartic outlet for the increasingly chaotic times we find ourselves in. This is in essence why Memes are becoming weirder, and weirder. As people become more disenfranchised by societal systems, so too does their expression. When Dadaism championed Avant-Garde, it did so as an act of anti-establishment, deliberately pushing back against conformity. Memes effectively do the same.

A prime example of this is Simpsons Shitposting, a Facebook-only group containing more than 300,000 members at its peak, created for the sole purpose for sharing distorted, re-imaginings of the cult TV show. Members are appraised for creating ‘fresh OC (original content)’ and often excommunicated for not pushing boundaries, resulting in a unique and absurd online commune.

I do understand that many of you reading this will gawk at the notion of Meme as art, contending that if the ‘artist’ is not consciously creating a piece of art, it can’t be so. A reasonably weighted argument. But if the viewer-subject considers it art, then is it?

Also Memes are easy to make, taking little to no skill or mastery. Not like Da Vinci’s Mona Lisa or Guadi’s Sagrada Familia or Du Champ’s Fountain. Yes, if a toilet with a signature can be art, why can’t Memes?

Whatever your stance on Memes, it is hard to argue their impact on current culture. Whether it is a definable art movement in its own right, is up to you.

Completely disagree? Please let me know in the comments below. Preferably in Meme form.